I described my blog after a while!!!!!
I temporally jump into November.

Firstly, about Shanghai Animerci at which I appeared on Nov. 19th!
The live was so much fun from the bottom of my heart!
The audience were full even in the rear part of the hall and your psylliums (pen lights) were very dazzling!!
Although it was a new song such that only about ten days have passed after it was released, you all sang together “Iyaiya Chotto Mate” in Japanese, which are the words in “KIRAMEKI☆LIFELINE” so that I felt happiness very much! 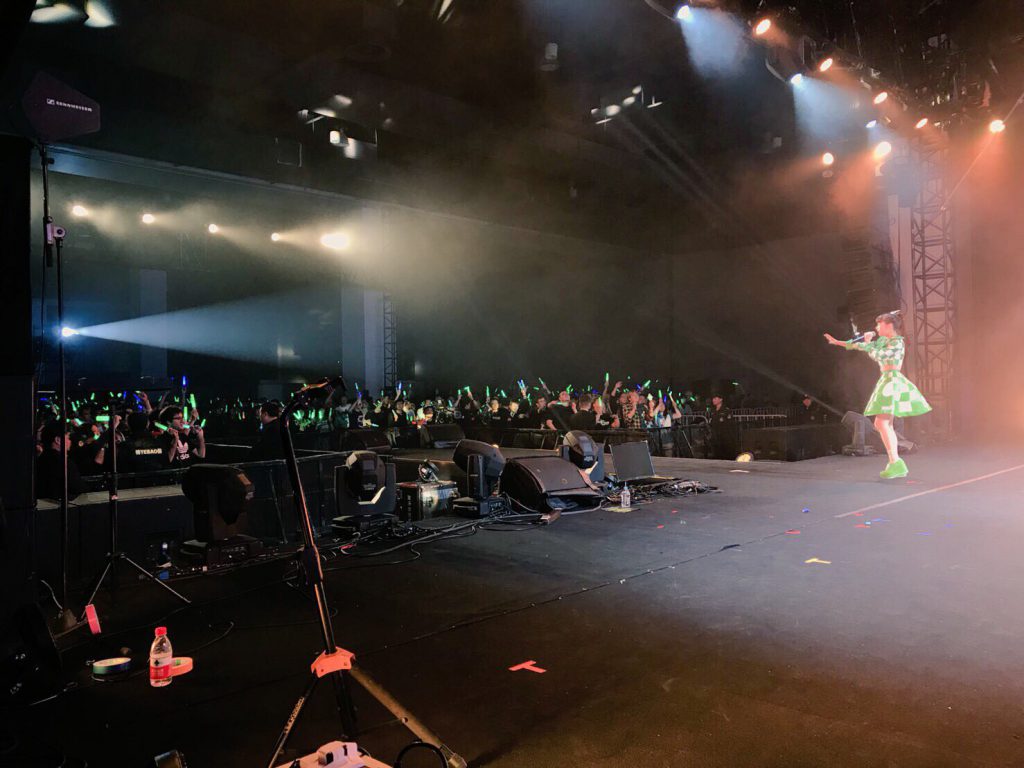 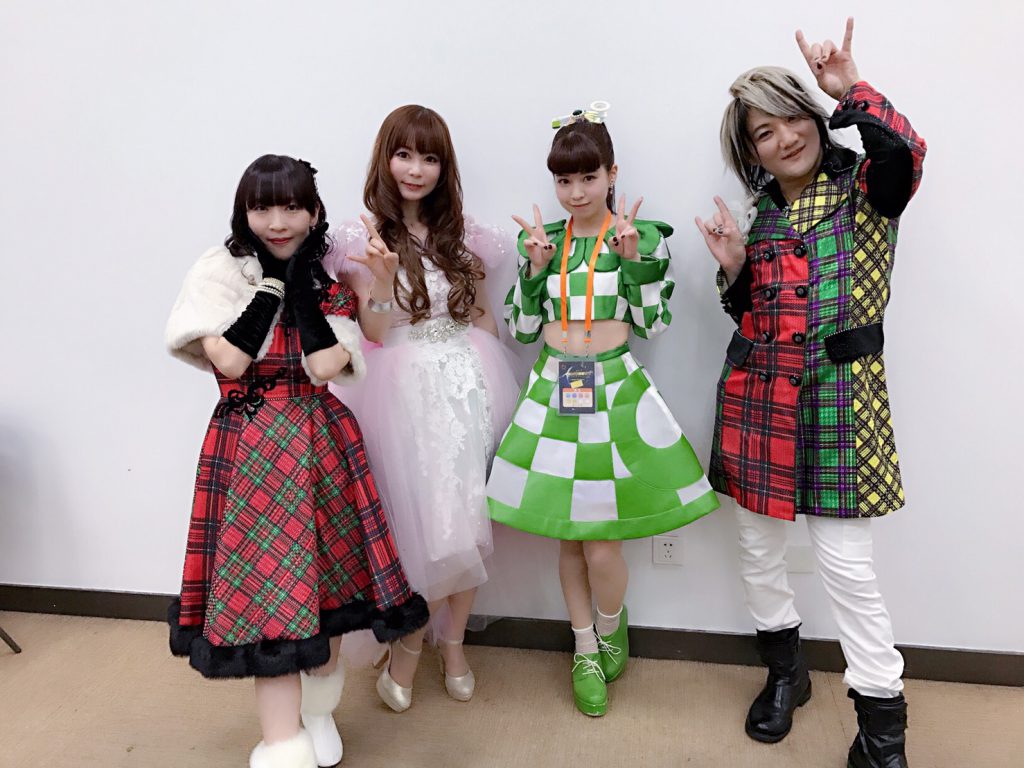 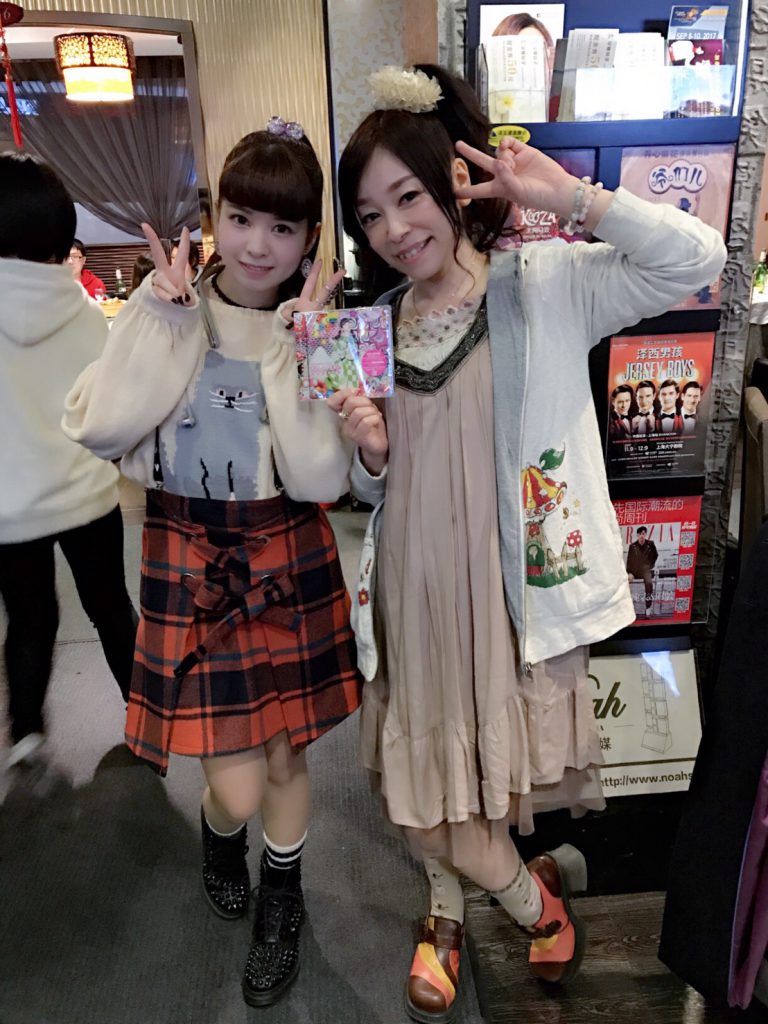 And! On Dec. 3rd, “Saenai kanojo no sodatekara FES. ♭”!!
It was a very wonderful time…

With members of Moso Calibration. 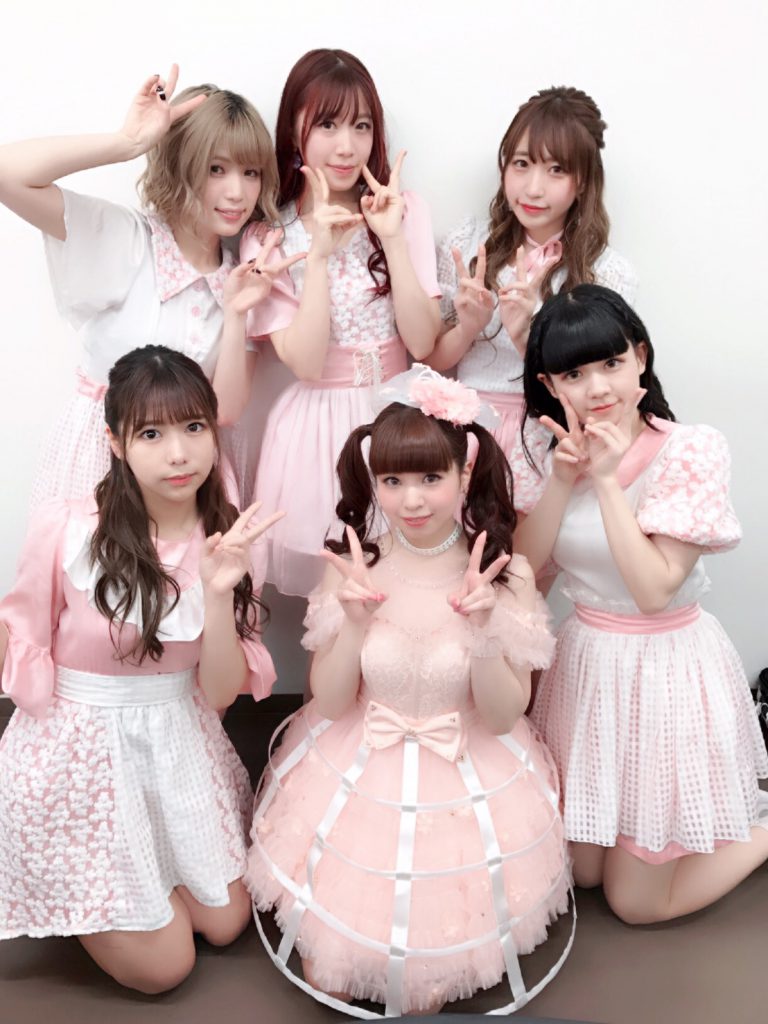 I really enjoyed it because they announced that they will newly make a movie.
“Saekano” is a very important work for me and I obtained much power from similes, collisions, and tears of Aki-ku, Megumi, etc.
When I recognize I can met them again, I am so happy that I become crazy…

I am really looking forward to seeing them again. ♡

And and!
On Dec. 9th, I appeared in “Istyle presents TGC HIROSHIMA 2017 by TOKYO GIRLS COLLECTION”!!
I was nervous because it was for the first time after a long time to walk on the runway.
I am so happy to appear TGC at which I attended as audience last year…

At this time, I performed a live in the opening act. 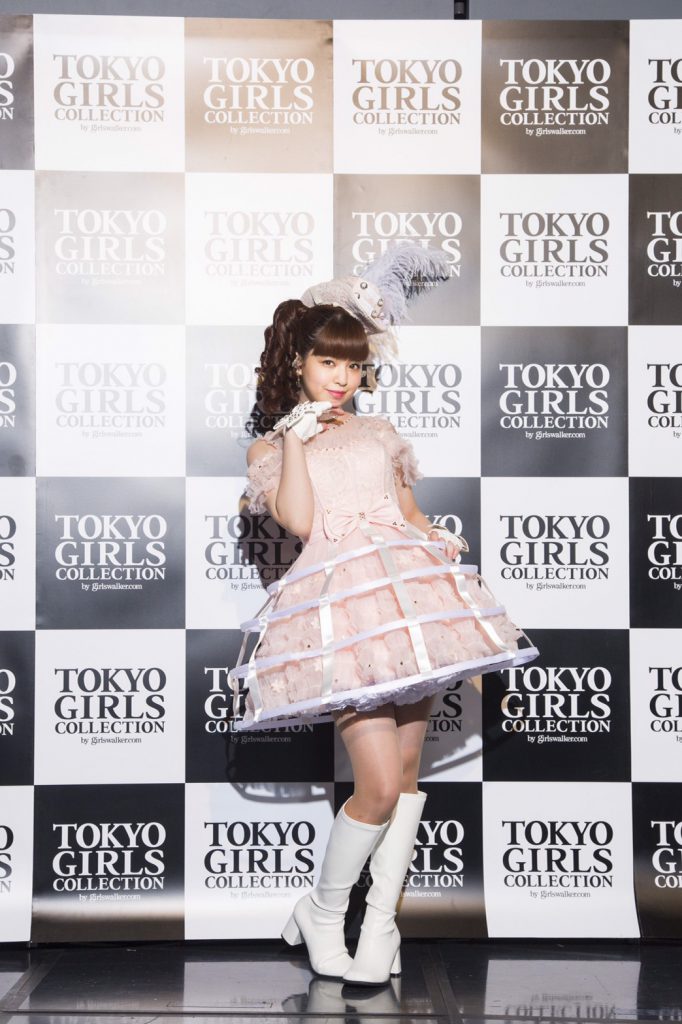 After that, in the stage of L’celmo Hiroshima, I introduced the third batch of “LUNAMARIA”, a wedding dress bland of which design I produced!!!

In TGC Hiroshima, we showed Galaxy in the first batch, Japanese Lolita in the second batch, and Yume Kawa, Gothic (the most right), and Bouquet dress (the most left) in the third batch. ♡ 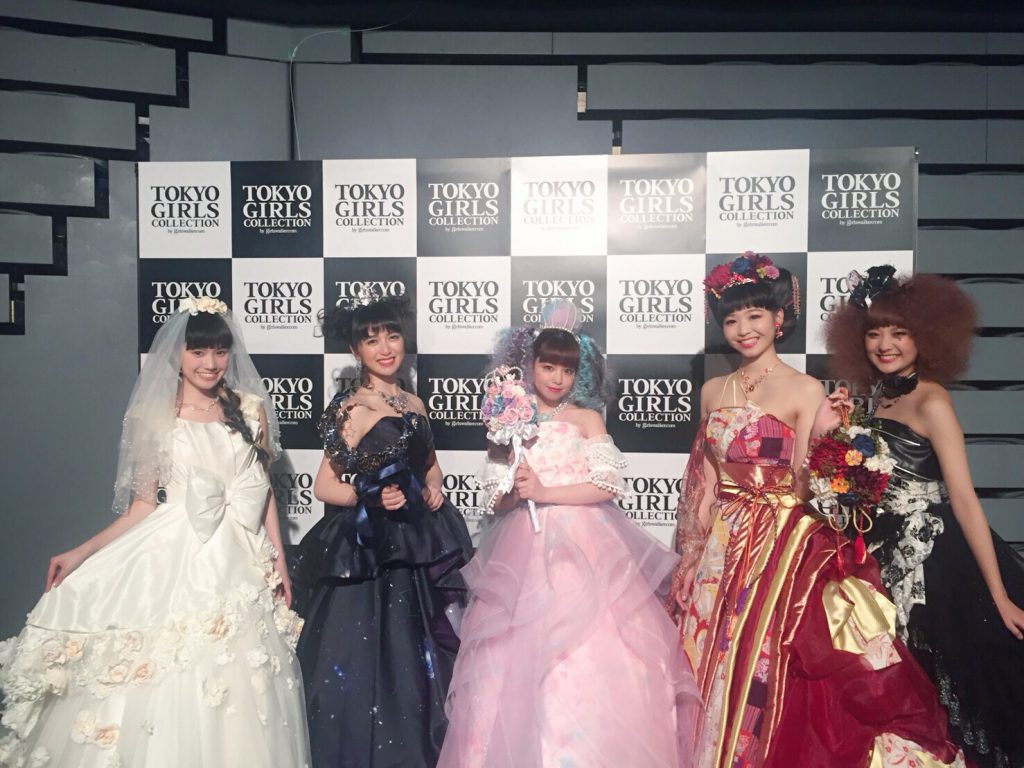 In Gothic, leather is used at breast!
The image of Bouquet is a bunch of flower placed upside down!

I wore the Yume Kawa dress. ♡
Its theme is a magical girl and the image of its bouquet is a magic stick.
Please watch the below movie. (((o(*ﾟ▽ﾟ*)o))) 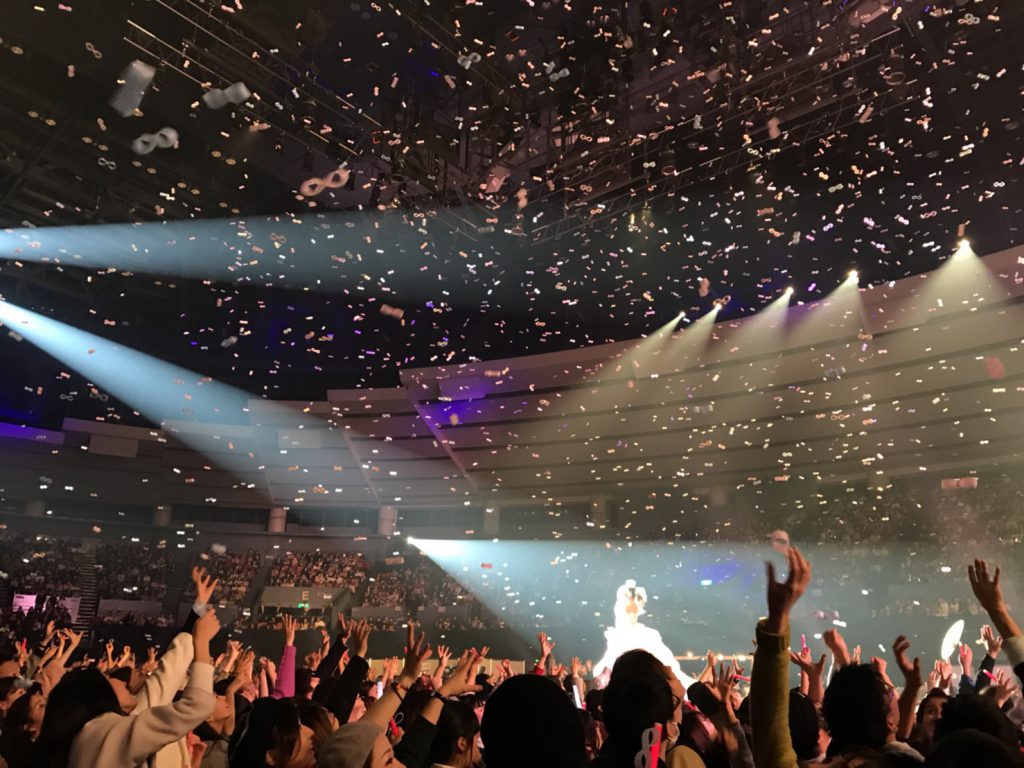 Because I was nervous, I am really thankful for audience to wave hands…
Thank you very much for all who attended it at the hall and watched by LINE LIVE!!!
Please looking forward to Hana Lolita China and Galaxy in the third batch since I will show them soon!!! 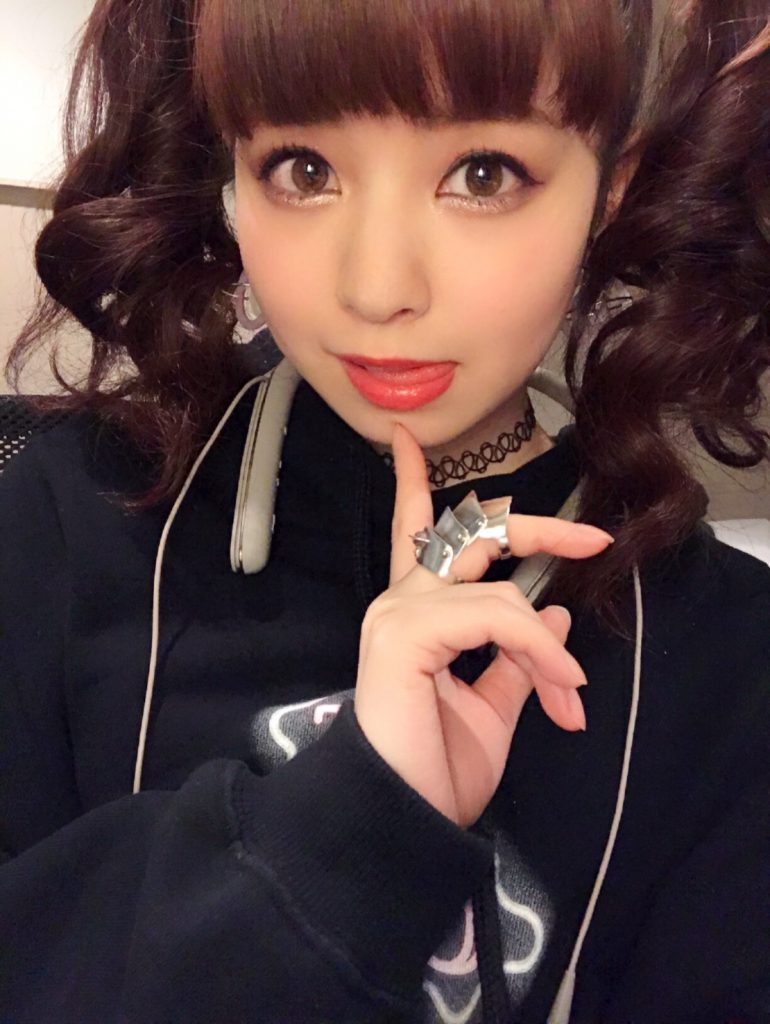