This page is for people who are interested in Luna Haruna but do not know her well. If you would like to know more details, please see pages for intermediate. 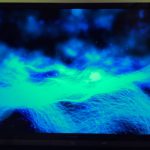 Three Songs that I recommend

The followings 3 songs are my recommendation to listen first. Links to Official Short version or iTunes and Mora (music site of Sony) are described.

By clicking the name of song, you go to the page (in Japanese) for the information of the song. I strongly ask you to buy it and listen to its full version.

Next three songs that I recommend?